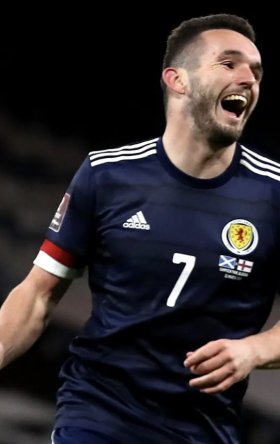 West Ham United: Insider confirms interest in transfer-listed ace
player. Would you like John McGinn at West Ham? Yes Vote No Vote He said: “Interestingly for West Ham, it’s been reported that Aston
22/06 13:40

Manchester United have opted not to make a transfer move for Aston Villa midfielder John McGinn, clearing the path for Tottenham to sign the Scottish international player. Tottenham manager Antonio Conte has been informed that he will receive a transfer budget of close to £120 million this summer, and McGinn could be available for a fraction of that.

The agent of Jack Grealish has stressed that the midfielder is focused on the relegation battle with Aston Villa despite the speculation linking him with Manchester United.

Manchester United are still understood to hold an interest in signing John McGinn from Aston Villa.

Premier League side Aston Villa have confirmed the signing of Danny Drinkwater on a short-term loan agreement from Chelsea.

Chelsea manager Frank Lampard is going to be one of the busier Premier League managers in the January transfer window, as his club make up for one year of a full transfer ban with several transfer moves over the next three weeks. There are rumours that at least six players are departing Stamford Bridge, with as many as four new faces coming in.

Arsenal defender Calum Chambers has hailed the fighting spirit from the side after they secured a stellar 3-2 comeback win over Aston Villa with 10 men.