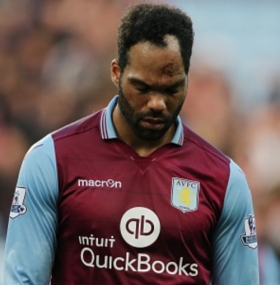 'Nail in the coffin' - Ferdinand and Lescott agree on Man City prediction after Chelsea win
Joleon Lescott and Rio Ferdinand believe the Premier League title race is already over after Manchester City extended their lead at the top
16/01 09:30

Things are not going well for Sunderland this season, and it could continue to go that way for the club that are rooted to the bottom of the Premier League table. Relegation to the Championship could see them lose up to sixteen members of their current squad.

Sunderland manager David Moyes may turn his attention to two former Premier League players, to try and lift his side off of the bottom of the English Premier League.

Aston Villa look set to announce the arrival of defender Joleon Lescott after they agreed a &pound1m fee with West Bromwich Albion for his transfer.

West Bromwich Albion defender Joleon Lescott is closing in on a move to Aston Villa, according to reports.

West Bromwich Albion will listen to offers for defender Joleon Lescott, according to reports.

West Bromwich Albion have completed the signing of Sebastien Pocognoli from Hannover 96 for an undisclosed fee.

Burkino Faso international striker Prejuce Nakoulma is believed to be on West Brom's transfer radar, according to a report from the Daily Mail. The 27-year-old currently plays for Polish side Gornik Zabrze.

Manchester City and Roma have agreed a £35 million fee to sign Morocco international centre back Mehdi Benatia. Manuel Pellegrini wants to sign Benatia as part of a new look defence for the 2014-15 season.

Newly appointed West Brom manager Alan Irvine wants to sign Man City's out of favour midfielder Jack Rodwell.The defensive midfielder has so far struggled to force his way into coach Manuel Pellegrini's first team plans and the player is now rumoured to have shown some interest in a move elsewhere.

West Brom to wrap up move for Lescott

West Brom are on the verge of wrapping up a move for defender Joleon Lescott. The centre back will sign a two year contract.

Queens Park Rangers' manager Harry Redknapp will try to hijack West Ham's move to sign free agent defender Joleon Lescott. The England international centre back has also been linked with a move to Turkish side Besiktas.

Aston Villa have jumped ahead of Turkish side Besiktas in the race to sign former Manchester City defender Joleon Lescott. The England centre back is out of contract and has left the Citizens.

Turkish side Besiktas have opened talks with Manchester City defender Joleon Lescott over a free transfer move in the summer.The player's contract at City will expire on June 1st and he will then be free to leave the club on a Bosman deal.

Manchester City are lining up a summer move for former Everton reject Shkodran Mustafi, according to a report.

England defender Joleon Lescott has again been linked with a move to West Ham. The Man City defender had been rumoured to have agreed a deal with the Hammers back in January.

Manchester City are reportedly ready to make a summer move for Everton midfield sensation Ross Barkley, according to The Express.

Manchester United are preparing a summer bid for Manchester City's out-of-favour defender Joleon Lescott, as a potential replacement for outbound captain Nemanja Vidic, according to the Daily Star.