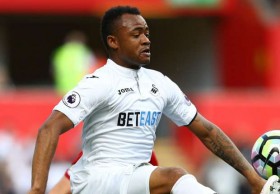 Manchester United manager Ole Gunnar Solskjaer has said that the players were not clinical enough in the final third as they suffered a shock 2-1 league defeat at the hands of Crystal Palace at Old Trafford.

Belgium international Michy Batshuayi has reportedly agreed terms with Crystal Palace ahead of his deadline-day loan move from Chelsea.

London duo Crystal Palace and West Ham United are reportedly leading the hunt to sign Dominic Solanke on a temporary basis from Liverpool.

Liverpool have earmarked Swansea City's Jordan Ayew as a potential transfer target with Jurgen Klopp keen to add more depth to the attack ahead of next season.

Arsenal have reportedly earmarked Atletico Madrid's Jan Oblak as a potential replacement for Petr Cech in the number one position next term.

With Swansea City not kicking off their match against Everton until Saturday evening, they knew that a victory would life them above Hull City, who lost at home to Sunderland earlier in the day, and out of the Premier League relegation zone.

Clubs eyeing up move for Jordan

The impressive performances of Jordan Ayew in the ongoing African Cup of Nations in Gabon has gone unnoticed by various clubs across Europe. Jordan Ayew is the younger brother of West Hams star, Andre Ayew, and plays for Aston Villa in the English Championship.