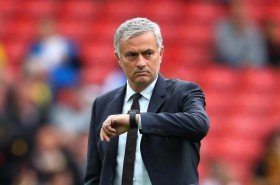 Arsenal could make a fresh approach to sign former Chelsea striker Tammy Abraham next summer, according to 90min.

AS Roma manager Jose Mourinho is reportedly keen on luring Trevoh Chalobah from Chelsea during the January transfer window.

Fulham will complete a move for 23-year-old winger Justin Kluivert today, with the Dutch international arriving at Craven Cottage in a 10 million euro transfer deal. In addition to that, Willian will return from Brazil for a third spell in the Premier League, arriving at the Cottagers on a free transfer.

Italian midfielder Nicolo Zaniolo remains a target for Chelsea this transfer window, and reports today from Rome indicate that the midfielder, currently coached by Jose Mourinho, is ready to make the move to the Premier League. Today reports have also linked a potential swap deal involving Christian Pulisic to Roma, with Zaniolo moving the other way.

Manchester United have set their asking price for defender Eric Bailly amid interest from Roma, The Mirror report.

Manchester United manager Erik ten Hag was reportedly keen on keeping Nemanja Matic at the club for another season.