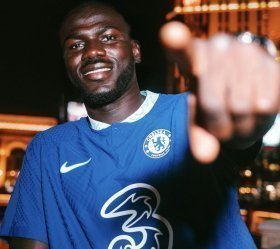 Frank Leboeuf shares concern over Kalidou Koulibaly and makes Liverpool vs Chelsea prediction ..Sport
... has been particularly notable given his strong reputation prior to moving to Stamford Bridge last summer. Considered by many to be one of ...
21/01 10:30

Chelsea have reportedly made an opening bid to sign Monaco defender Benoit Badiashile next month.

Chelsea have opened talks with AS Monaco over the potential transfer of Benoit Badiashile in January, The Athletic claim.

Chelsea are reportedly interested in signing Inter Milan defender Stefan de Vrij at the end of the season.

Chelsea have reportedly opened talks with the agents of Inter Milan defender Milan Skriniar over a free transfer.