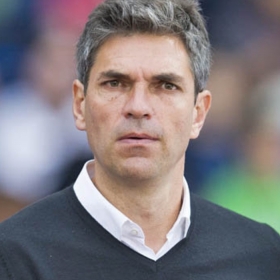 On This Day in 2018: Southampton sack manager Mauricio Pellegrino
-final victory over Wigan, and two victories from their final eight Premier League games proved enough to secure a 17th-placed finish and
12/03 06:45

Liverpool striker Daniel Sturridge has emerged as a loan target for Southampton when the transfer reopens in a few days' time.

Manchester City are unlikely to be held to ransom for the services of Southampton defender Virgil van Dijk. The Netherlands international has been strongly tipped to pursue a fresh challenge next month, having failed to seal his preferred move to Liverpool last summer.

Manchester City to compete with Liverpool for Premier League centre-back

Manchester City are reportedly set to go head-to-head with Liverpool in the pursuit of Southampton centre-back Virgil van Dijk.

Netherlands international Virgil van Dijk has highlighted his commitment towards Southampton despite the continuous speculation surrounding his future.

Southampton have reportedly joined the chase to sign former winger Theo Walcott from Arsenal in the New Year. The England international left the Saints for the Gunners back in 2006, and he has since amassed 107 goals across all competitions for the club.

Southampton to move for Bilel Hassaini

Southampton are reportedly open to the sale of Dutch midfielder Jordy Clasie during this summer's transfer window.

Despite the Southampton captain Virgil van Dijk having handed in a transfer request this week, manager Mauricio Pellegrino is still hopeful that the Dutch defender will stay at the club.

Southampton have broken their transfer record by signing Juventus midfielder Mario Lemina for £18.1 million. The Gabon international will make the move to St.Mary's on a five-year deal.