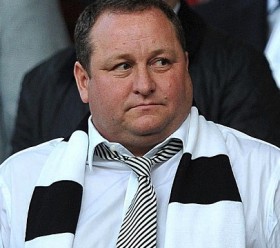 Newcastle United fan favourite reveals why he left the club with brutal Mike Ashley namecheck
After playing a key role in helping Newcastle get back to the Premier League at the first attempt, Enrique had been one of the club’s top
17/08 06:18

Chelsea striker Timo Werner has emerged as a potential target for Newcastle United ahead of the winter transfer window.

The Premier League have confirmed the successful takeover of Newcastle United by a Saudi-based consortium.

Newcastle United could reportedly compete with the likes of Manchester United and Liverpool in the race to sign Napoli defender Kalidou Koulibaly this summer.

Newcastle United have emerged as shock contenders to sign Kalidou Koulibaly, who has been linked with the likes of Manchester United and Manchester City in recent weeks.

Leicester City have agreed a shock move to sign Newcastle United forward Ayoze Perez for a fee of £30 million. The Spanish forward, 25, has been with the Toon Army since 2014 and played in almost 200 games for the club.

Rafa Benitez has for the first time explained the reasons why he has decided to leave Newcastle United. The popular Spaniard called time on his Toon Army managerial career after a reported disagreement with club owner Mike Ashley.