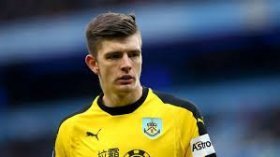 France goalkeeper Hugo Lloris has no plans of leaving Tottenham Hotspur when the current season concludes.

Manchester United are reportedly looking into a move for Burnley goalkeeper Nick Pope during the summer transfer window.

Tottenham Hotspur will need to pay £50m for England star

Tottenham Hotspur will have to cough up £50m in order to land the signature of Burnley goalkeeper Nick Pope.

Manchester United will reportedly consider parting ways with either David De Gea or Dean Henderson when the transfer window reopens.

Chelsea have identified Lille goalkeeper Mike Maignan as a potential replacement for Kepa Arrizabalaga ahead of next season.

Chelsea manager Frank Lampard has reportedly indicated that he would like to land the services of goalkeeper Nick Pope during the summer transfer window.

Kepa Arrizabalaga could have played his last game for Chelsea

Spanish goalkeeper Kepa Arrizabalaga may have played his final game for Chelsea after manager Frank Lampard's decision to drop him for the recent Premier League clash against Leicester City.

Chelsea are reportedly considering the possibility of selling goalkeeper Kepa Arrizabalaga when the current season comes to a close.

Liverpool manager Jurgen Klopp has reportedly set sights on pursuing Nick Pope from Burnley as he attempts to solve the club's goalkeeping issues.

German champions Bayern Munich are reported to be monitoring the performances of Everton and England goalkeeper Jordan Pickford at this summer's World Cup in Russia. The 24-year-old made a £30 million move to Merseyside from relegated Sunderland last summer and is expected by many to be The Three Lions' first choice between the posts in the upcoming tournament.

West Ham United are reportedly considering a move for Burnley goalkeeper Tom Heaton with Joe Hart expected to return to Manchester City after the conclusion of his loan contract.

Joe Hart's reputation in the English game has taken a dramatic fall in the last couple of years, seeing him move from England and Manchester City's first choice goalkeeper to struggling to make the West Ham starting lineup and many calling for him to be dropped from England's World Cup squad. After two seasons away from Manchester City on loan, a permanent deal for Hart could now be on the horizon.

Premier League newcomers Burnley have settled a transfer sum with Anderlecht for midfielder Steven Defour. The 28-year-old will become the Clarets' fourth signing of the transfer window.