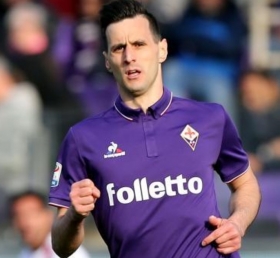 Alvaro Morata on his way to Atletico Madrid?

Atletico Madrid could reportedly finalise the signing of Alvaro Morata from Chelsea once the Blues reach an agreement to pursue Juventus' Gonzalo Higuain.

Real Madrid striker Karim Benzema has been associated with a probable exit from the Bernabeu with AC Milan leading the race for his signature.

Chelsea striker Olivier Giroud has reportedly been identified as a possible target for Atletico Madrid before next month's transfer deadline.

Croatia squad cut back to 24 players

Croatia coach Zlatko Dalic has finally named the 24 players that will construct his squad for the World Cup in Russia. Croatia are ranked as outsiders for the tournament, but Dalic has remained quietly confident regarding his team's chances.

Fiorentina striker Nikola Kalinic has revealed that he snubbed a winter offer from China as he felt he was not worth the transfer package.

Former Blackburn Rovers striker Nikola Kalinic is set to leave Fiorentina for a move to the Chinese Super League. The Croatian international has agreed terms with newcomers Tianjin Quanjian.