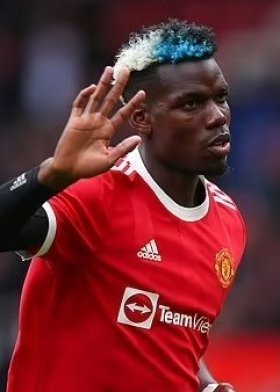 Witchcraft central to Paul Pogba blackmail saga, but it's nothing new in French football
Le Parisien newspaper : "Listen, it is pretty simple. Now, you will transfer them the money [Pogba was asked to pay €13m] they have asked ...
28/09 12:00

Chelsea are prepared to release midfielder Tiemoue Bakayoko in the next 24 hours, according to Gianluca Di Marzio.

Chelsea have suffered a huge blow with midfielder N'Golo Kante picking up a hamstring injury against Tottenham Hotspur.

Manchester United have no plans of signing Lazio midfielder Sergej Milinkovic-Savic this summer, The Express report.

Arsenal have been handed a big boost in signing Youri Tielemans with Manchester United not interested in his services.

French midfielder Paul Pogba has said that Manchester United made a mistake by not offering him a new contract at the earliest possibility.

Manchester United midfielder Paul Pogba will join Juventus on a free transfer at the end of the month, Fabrizio Romano reports.

Manchester United midfielder Paul Pogba is reportedly on the verge of returning to Juventus on a free transfer.