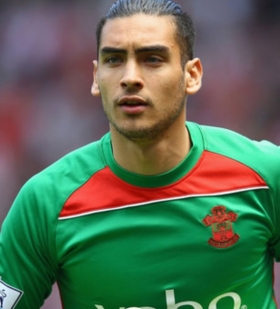 Fulham closing in on Thomas Strakosha signing
return to the Premier League for the 2022/23 season. Paulo Gazzaniga made just 15 appearances last year following his move from Tottenham,
10/06 17:57

Everton are on the verge of agreeing a deal for AS Roma goalkeeper Robin Olsen, with the Swedish international goalkeeper set for a loan deal for Goodison Park. The 30-year-old 6 foot 5 shot stopper will battle with under fire Jordan Pickford for the number 1 jersey for the Toffees.

Bournemouth goalkeeper Aaron Ramsdale could be the subject of interest from both Chelsea and Tottenham Hotspur when the transfer window reopens in a few months' time.

Tottenham are reportedly closing in on the signing of Fenerbahce goalkeeper Altay Bayindir.

Tottenham Hotspur are targeting Ajax goalkeeper, Andre Onana to replace Hugo Lloris. However, before bringing in Onana, Spurs have to get Lloris out of the club because Onana does not want to be a backup goalkeeper.

Tottenham Hotspur have confirmed that captain Hugo Lloris has sustained a dislocated elbow during the 3-0 Premier League defeat to Brighton & Hove Albion on Saturday.

Arsenal boss Arsene Wenger has picked Alexandre Lacazette from the off for north London derby versus Tottenham Hotspur this afternoon. The France international bagged a brace in the international friendly versus Germany, and he has earned his spot with the blossoming form.