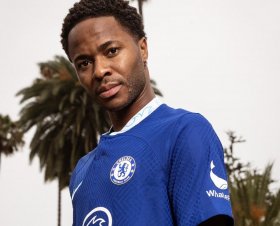 England fans looking for Wales victory to turn around fortunes

England's dismal performance against the USA last week in the World Cup has seen a dismissal of Southgate's chances of lifting the trophy, and the country's fans will be hoping a win over Wales will not only guarantee qualification as the group leaders, but also an opportunity to get supporters back on side. Southgate's team defeated Iran 6-2 prior to the 0-0 result against the US.

Chelsea could attempt to sign Brentford striker Ivan Toney at the end of the season, journalist Peter O'Rourke claims.

Chelsea have revived their interest in signing Manchester United forward Marcus Rashford, according to Simon Jones.

Chelsea reportedly have their sights on landing Villarreal winger Arnaut Danjuma during the winter transfer window.

Chelsea are reportedly monitoring the performances of Napoli striker Victor Osimhen ahead of a potential approach.