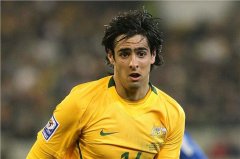 Liverpool are reportedly considering a move for Shkodran Mustafi amid their central defensive crisis.

Reputed Italian journalist Fabrizio Romano has said that Liverpool are unlikely to spend significant sums of money on a new defender this month.

Liverpool manager Jurgen Klopp has insisted that the club are unlikely to pursue a new centre-back during the ongoing transfer window.

Liverpool will be aiming to return to winning ways when they face Newcastle United in the final Premier League clash of 2020.

Liverpool have reportedly been offered the chance to sign Argentine defender Ezequiel Garay, who is currently a free-agent.

Liverpool have identified Torino centre-back Bremer as a potential target for the next transfer window.

Liverpool defender Joe Gomez has reportedly suffered an injury ahead of England's international friendly against the Republic of Ireland.

Liverpool will move for Serie A centre-back in January

Liverpool will reportedly revive their interest in signing Kalidou Koulibaly from Napoli when the transfer window reopens.