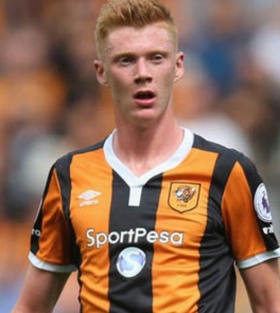 Swansea City have wrapped up a deal for Hull City star Sam Clucas for £16 million, according to a report in the Daily Star. The midfielder is considered one of the brightest prospects at the Tigers.

Burnley will have to pay £20 million for Clucas

Hull City have told Burnley that they will need to return with an improved £20 million bid for midfielder Sam Clucas after they rejected a £10 million offer from the Premier League side.

Newcastle United are back in the Premier League and they are hoping to stay there. Their latest target has emerged as Hull City midfielder, Sam Clucas, who is keen for a return to the Premier League following The Tigers' relegation last season.

Three Huge Wins In The Battle For Survival

In what is becoming the tightest relegation battle in recent years in this season's Premier League, three teams that are in the mix for relegation to the Championship picked up huge wins on Saturday that could help them remain amongst England's elite next year.

West Ham United will reportedly lodge their fourth bid for the month to sign Hull City winger Robert Snodgrass. The Scotland international has been the standout performer for the Tigers, who are currently in the drop zone.

Newcastle United are considering the prospect of re-signing former winger Andros Townsend from Crystal Palace this month. The England international left the Magpies for Selhurst Park in the summer.

Former Newcastle United defender Ryan Taylor has sealed a move to Championship side Hull City for a Bosman fee.