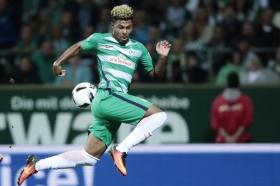 Arsenal's January decision will add to Edu's £140.7m problem with repeat of Serge Gnabry fiasco
to The Arsenal Way! The Fan Brands team along with plenty of your football.london favourites will be producing daily Arsenal content for
15/10 16:00

Bayern Munich reportedly have no plans of parting ways with Kingsley Coman amid the transfer interest from Manchester United.

Leroy Sane's uncertain future now looks a little clearer, after reports from Germany indicated that the attacker will be making a return to his homeland to join Bayern Munich this summer. The Manchester City star, who helped his club to the Premier League title last season, has suffered through injury this campaign.

Man City likely to cash in on Leroy Sane

Manchester City are ready to sell Leroy Sane to German Bundesliga giants Bayern Munich this summer, but only if the Bavarian side can match City's reported 95 million euro valuation. Sane, who played in 42 games for City last season, is ready to leave the Etihad Stadium in search of a different challenge.

France and Bayern Munich legend Franck Ribery will reportedly move to Qatar at the end of the season when his contract with the Bundesliga giants expires. The winger, 36, had been expected to hang up his boots at the end of this season, but it appears Ribery wants to move to the Middle East instead.

Bayern Munich chairman Karl-Heinz Rummenigge has dismissed claims that the club may seek to sign Anthony Martial in the ongoing transfer window.

Liverpool are in Germany tonight as they take on Hoffenheim in the first leg of their Champions League play-off. Jurgen Klopp's team are counting on Champions League qualification as part of their ambitions for the season ahead, but the Bundesliga side will not be easy opponents to overcome.

Bayern Munich chief executive Karl-Heinz Rummenigge has insisted that his side are no longer in the running to sign Arsenal contract rebel Alexis Sanchez.

Johannes Eggestein has been touted as one of Germany's best young attacking prospects in decades, despite his age of just 19. The 6-foot striker is expected to play a hugely important role for Werder Bremen's first team for the 2017/18 season.

German champions Bayern Munich have wrapped up an agreement to sign former Arsenal attacker Serge Gnabry on a free transfer.

Former Arsenal winger Serge Gnabry has decided to part ways with German club Werder Bremen just a year after moving on from the Emirates.

Werder Bremen winger Serge Gnabry is open to a return to Arsenal just six months after he left the club. The German international opted to join the Bundesliga outfit are he fell out of favour under manager Arsene Wenger.

Bundesliga giants Borussia Dortmund are lining up a winter swoop for Arsenal youngster Gedion Zelalem. The teenager has failed to establish himself in the Gunners first-team despite being highly-rated in the youth system.

Werder Bremen forward Serge Gnabry has hit out at former club Arsenal, saying he has developed more in the last four months than he did during his entire Arsenal career. Gnabry spent five years at the Emirates Stadium.