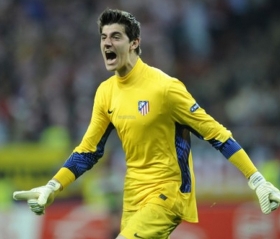 Who is Thibaut Courtois’ girlfriend? All you need to know about the couple’s dating history
Madrid . The Belgian also won the Premier League title with Chelsea twice. Finally, after a successful transfer to Real Madrid, Courtois ...
27/09 18:15

Real Madrid pair Eden Hazard and Thibaut Courtois are reportedly looking to convince Chelsea midfielder N'Golo Kante to join them at the Bernabeu next summer.

According to multiple reports across Spain, Eden Hazard looks set to join Real Madrid from Chelsea this summer after the two clubs agreed on a fee for the player. It is understood that Chelsea have accepted an offer of 100 million euros for Hazard, with a further 20 million in additional fees should Real win La Liga next season.

French giants Paris Saint-Germain are reportedly prepared to make a £60m bid to acquire the signature of David de Gea from Manchester United this summer.

Chelsea's world-class attacker Eden Hazard, who has been persistently linked with a move to Spanish giants Real Madrid, has today insisted no deal has been agreed with the club and that he is only thinking about his current situation with the Blues. Hazard has been a target for Real for over three years.

Spain international David de Gea is reportedly prolonging discussions regarding a new contract at Manchester United with the club yet to meet his wage demands.

Former Chelsea goalkeeper Thibaut Courtois has rejected the chance to return to the Premier League with Manchester United at the end of the season.

Manchester United face a fresh fight to keep hold of David de Gea with Real Madrid considering a renewed approach to sign him during the summer.