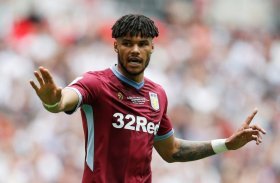 After a dismal 3-0 defeat to Fulham and a lacklustre performance by the club's players, Aston Villa have sacked Steven Gerrard last night. The former England international has been under pressure and faced a barrage of abuse from the club's support during the game, and now finds himself out of work after a hugely disappointing spell at Villa Park.

Manchester United are expected to sanction the temporary departure of Axel Tuanzebe this summer.

Arsenal have held positive talks with Brighton & Hove Albion over a summer move for Ben White.

Manchester United and Everton are looking at the possibility of signing Tyrone Mings from Aston Villa during the summer transfer window.

Arsenal are reportedly one of the clubs in the running to sign Tyrone Mings, suppose Aston Villa are relegated from the Premier League this term.