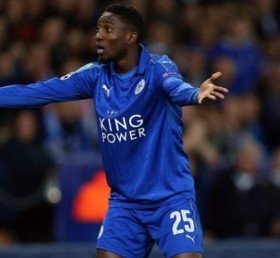 Everton could reportedly make an attempt to sign Jamie Vardy from Leicester City when the transfer window reopens in January.

Arsenal are reportedly prepared to sanction the exits of Granit Xhaka and Shkodran Mustafi as part of their summer overhaul which involves the departure of manager Arsene Wenger.

Nigeria international Wilfried Ndidi has brushed off the ongoing speculation linking with a big money-move to one of Liverpool or Arsenal.

Arsenal have been linked with a shock move for holding midfielder Wilfried Ndidi. The Leicester City man arrived at his current club in January 2017 and has started to show the form that made him one of Europe's highly rated midfielders.

Leicester City midfielder Wilfried Ndidi will push for a move away from the King Power Stadium, should Manchester United come knocking for his services in the summer.

Anderlecht sporting director Herman Van Holsbeeck has told Everton that they will have to cough up in excess of £15m to recruit midfielder Youri Tielemans.

Leicester City have made a bid for Nigerian midfielder Wilfried Ndidi. Belgian club KRC Genk currently hold the contract of the player and are prepared to sell for a fee of around 18.5 million euros.