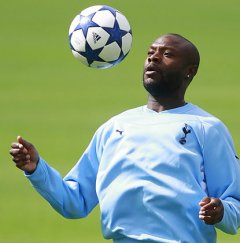 Six stars that forced bitter exits as Arsenal await on Caicedo
... spell in the Premier League. William Gallas A player who has represented all three London clubs of Arsenal, Chelsea and Tottenham clearly ...
29/01 11:27

Arsenal plot surprise move for Ashley Cole in the summer?

Arsenal are reportedly considered to be preparing a sensational move to sign former left-back Ashley Cole at the end of the season.

Crystal Palace set to miss out on William Gallas

Premier League new boys are mulling over a move for former Arsenal and Chelsea defender William Gallas who is currently without a club after being released by Tottenham at the end of last season.

Tottenham manager Andre Villas-Boas is ready to shuffle his squad as he prepares for life without Gareth Bale. The Portuguese coach has been linked with a number of major names and is also ready to sell some of his fringe players.

In a few hours the FA Cup semi-final between Tottenham Hotspur and Chelsea will kick-off at the Wembley Stadium. The two London teams are meeting in the semi-final of the FA Cup for the first time.