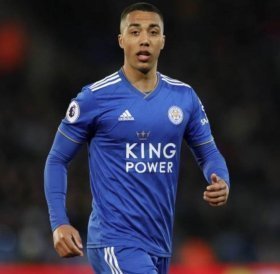 Leicester City midfielder Youri Tielemans, who made a move to the club on a permanent basis this summer, has told reporters that he feels no additional pressure from his huge pricetag. The Belgian international made a £40 million transfer switch to the Foxes away from Monaco in June.

Leicester City have agreed a club record fee to sign Youri Tielemans from AS Monaco. The French club and the Foxes agreed a £40 million transfer fee for the 22-year-old Belgian international midfielder, and likely completes Leicester City's transfer activity for the summer.

Manchester United have reportedly made fresh contact with the representative of midfielder Youri Tielemans as they seek to lure the midfielder from AS Monaco.

Arsenal, Leicester City, Manchester United and Tottenham will do battle this summer to sign Belgian international starlet Youri Tielemans from Monaco. The impressive midfielder reversed Leicester City's fortunes last season when joining on loan in January and has now emerged as one of Europe's top transfer targets this summer.

AS Monaco ace Youri Tielemans has acknowledged that he has been flattered with the interest from the likes of Manchester United and Tottenham Hotspur this summer.

Manchester United have reportedly joined Manchester City in the race to sign Youri Tielemans from AS Monaco during this summer's transfer window.

Manchester United have reportedly joined the likes of Tottenham Hotspur and Leicester City in the race to sign Youri Tielemans from AS Monaco in the summer.

Manchester United are understood to hold an interest in signing AS Monaco's Youri Tielemans, who is currently on a short-term loan with Premier League side Leicester City.

The 2019 winter transfer window will shut in 2 days as many clubs including both Leicester City and Tottenham are urgent to get deals finalised.

Thierry Henry off to losing start as Monaco manager

Struggling Ligue 1 side Monaco lost yet again this weekend as Thierry Henry slumped to defeat in his first game in charge of the French side. The Arsenal legend, in his first managerial role since standing down as the assistant manager of Belgium, watched his side lose in an important game against Strasbourg.

Youri Tielemans has made some very loud noises about joining Juventus.

Belgium international Youri Tielemans has revealed that that Arsenal had made an approach for his services during the summer transfer window.

French champions AC Monaco have reportedly beaten Everton in the race to sign Anderlecht hotshot Youri Tielemans. The Belgium international has inked a five-year deal with the Principality outfit.

Ligue 1 leaders AS Monaco have reportedly fended off interest from Manchester United, Chelsea and Everton in order to sign Anderlecht youngster Youri Tielemans in the summer.