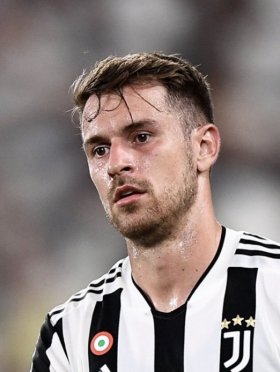 Can Wales still rely on Gareth Bale and Aaron Ramsey?

Fans of the Wales national team have enjoyed some real highs over the last six years or so, with a surprise run to the semi-finals of Euro 2016 — ultimately losing 2-0 to eventual winners Portugal in the last four after knockout victories over Northern Ireland and Belgium — followed by the Red Dragons progressing to the round of 16 at last summer’s European Championships, where they were trashed by Denmark (4-0).

Man Utd star on the verge of joining Juventus

Manchester United midfielder Paul Pogba is reportedly on the cusp of rejoining Juventus on a free transfer.

Juventus are reluctant to sign Manchester United midfielder Paul Pogba this summer unless he accepts a significant pay-cut.

Reports from Italy on Sunday morning suggest that Serie A giants Juventus are eyeing a summer transfer move for Ghana and Arsenal midfielder Thomas Partey. Named the club's player of the month for February, the former Atletico Madrid has finally found his feet at the Emirates and emerged as a crucial member of the club's squad.

Manchester United midfielder Paul Pogba could be on his way to Juventus on a free transfer this summer.

Aaron Ramsey chooses his next club

Former Arsenal midfielder Aaron Ramsey has agreed to join Rangers on loan for the rest of the campaign, Fabrizio Romano reports.

Juventus have sealed the transfer of Serbia international striker Dusan Vlahovic for a transfer package worth close to 85 million euros in total. Vlahovic rejected Arsenal in favour of a move to Serie A rivals Juve.

Former Arsenal midfielder Aaron Ramsey could be set for a shock return to the Emirates, after the Juventus manager confirmed that the Welshman had played his last game for the club. Ramsey will be allowed to depart for around 15 million euros.