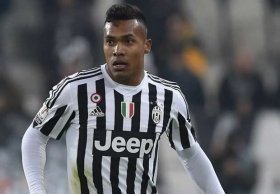 After swap deal failed, Spurs should look into Alex Sandro again as new report emerges – our view
... to wages. This should alert Tottenham and other clubs to his probable availability in January. Tottenham transfer news: Juventus now hold ...
11/01 15:14

Juventus have their sights on Chelsea defender

Juventus could make an approach to sign Chelsea defender Emerson Palmieri, according to Calciomercato.

Chelsea could swap Emerson for Serie A defender

Chelsea could welcome the prospect of swapping Emerson for Juventus defender Alex Sandro this summer.

Juventus will reportedly focus on landing the signature of Emerson from Chelsea before the transfer window concludes next month.

Juventus to swoop for Chelsea winger?

Serie A holders Juventus are reportedly leading the race to sign Pedro on a free transfer when his contract with Chelsea expires during the summer.

Juventus are planning to offer Paulo Dybala in a player-plus-cash deal to secure the signature of midfielder Paul Pogba from Manchester United.

Juventus could reportedly offer Paulo Dybala and Alex Sandro as makeweights as they seek to convince Manchester United into selling Paul Pogba this summer.