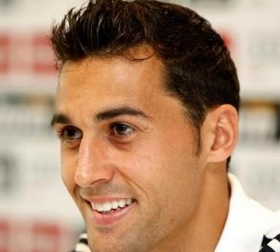 West Ham United will reportedly seek to lure Pablo Zabaleta to the London Stadium once his Manchester City contract expires in the summer.

West Ham United have emerged as surprise candidates to pursue the services of Darijo Srna in the winter transfer window. The Croatian international is expected to end his long-term association with Shakhtar Donetsk next month.

Alvaro Arbeloa has revealed that he turned down a contract offer from AC Milan to link up with West Ham United this summer. The former Liverpool man was available on free transfer after he was released from Real Madrid at the end of last season.

Liverpool are considering the prospect of re-signing defender Alvaro Albeloa in the summer transfer window.

Napoli are reportedly set to rival Chelsea for the services of Real Madrid defender Alvaro Arbeloa during the winter transfer window.

Arsenal are reportedly keen on bringing in Real Madrid defender Alvaro Arbeloa to the Emirates Stadium.

Álvaro Arbeloa is thinking long and hard about his future, since another serious Premier League outfit has come knocking at his door: Arsenal. Following a season where he lost prominence in Real Madrid to Dani Carvajal, the defender is considering another spell in England having previously had a positive experience with Liverpool.

Alvaro Arbeloa is on the verge of completing a move to Real Madrid, according to reports from Spain. The defender will sign as part of a £4 million deal. Arbeloa has been told that he can quit Liverpool if he wishes.

Arbeloa could stay at Liverpool

Rafa Benitez has said that the arrival of Glen Johnson at Liverpool does not necessarily mean that Alvaro Arbeloa would be leaving the club this summer. It is understood that Genoa and Valencia have made enquiries about the defender.

Liverpool rescued a late point against Atletico Madrid last night, as Steven Gerrard fired home from the penalty spot in injury time. Maxi Rodriguez had given Atletico an early lead, but Steven Gerrard held his nerve and snatched the draw.

Rafa Benitez believes that Liverpool would have had a much more successful season had they been able to hang on to Daniel Agger for the closing months. Agger was injured, and Liverpool were dumped out of the Champions League at the semi-final stage.

Santi Cazorla, Ruben de la Red and Sergio Garcia are among some of the surprises in the Euro 2008 squad for Spain, as Real Madrid legend Raul and Bojan both failed to make Luis Aragones' squad for the tournament.

Arbeloa: we must attack

Spanish defender Alvaro Arbeloa feels that Liverpool must attack if they are to hang on to their 2-0 lead from the first leg victory over Inter Milan in the Champions League.

Liverpool boss Rafa Benitez has admitted that Fernando Torres may be fit in time for the match with Inter Milan in the Champions League. Benitez may delay his decision until Tuesday.