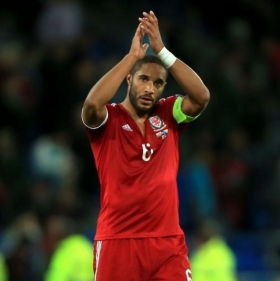 Everton have agreed to sign Yerry Mina from Barcelona for £28.5m, according to Sport. The 23-year-old will sign a five-year deal with the Toffees.

New Everton manager Marco Silva has reportedly earmarked Ashley Williams as one of the players, who will be shown the exit door during the summer transfer window.

Burnley defender Michael Keane has no thoughts over a potential return to Manchester United as it could dent his chances of making England's World Cup squad.

Everton in for AC Milan defender?

Swansea City boss Paul Clement has admitted that his side could move in for the services of John Terry once he makes way from Chelsea in the summer.

It has been an eventful season for Everton and Belgian striker Romelu Lukaku. The Premier League's top scorer on the pitch and refusing to sign a new contract off of it, he has been on the back page of newspapers constantly. It was Lukaku's behaviour during the team's 1-1 draw with Manchester United however that has angered some Everton fans.

Everton has reportedly approached AS Roma over the availability of defender Kostas Manolas. The Greece international is also being monitored by Manchester United and Arsenal.

Ramiro Funes Mori has admitted that he could part ways with Everton, should he fail to earn sufficient playing time in the coming months. The Argentine has made just two league starts for the Toffees this term.

Valencia centre-back Aymen Abdennour had emerged as a late target for Chelsea in the summer transfer window.

Romelu Lukaku is set to sign a new contract with Everton, as the Toffees look to ward off interest from Chelsea in the Belgian striker, according to reports.