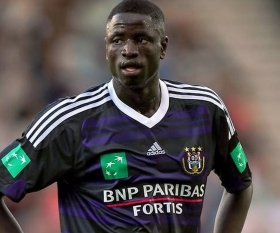 CHEIKH-ING OUT Crystal Palace set to lose Cheikhou Kouyate on free transfer next week as talks over contract extension stall
has since been no development. Kouyate has been a Premier League regular ever since joining West Ham from Anderlecht in 2014. The Senegal
24/06 14:04

West Ham United are reportedly nearing their first signing of the summer with Pablo Zabaleta set to agree contractual terms with the east London club.

With less than ten games to go in the 2016/17 Premier League season, it's still all to play for. Tottenham continue to chase Chelsea for the trophy, several teams are battling it out for a Champions League spot and at the bottom, a real relegation scrap is taking place.

West Ham United will reportedly seek to lure Pablo Zabaleta to the London Stadium once his Manchester City contract expires in the summer.

Manchester City full-back Bacary Sagna will reportedly look into a move to West Ham United when the transfer window reopens in the summer.

West Ham have wrapped up a deal for 24-year-old left back Aaron Cresswell. The defender has signed a five year contract and arrives at the club from Ipswich Town.

Boca Juniors defender Emanuel Insua is believed to have agreed personal terms over a transfer to West Ham United this summer.