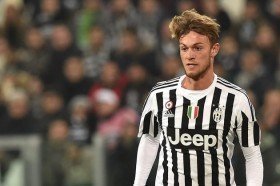 Juventus are keen on signing Arsenal striker Alexandre Lacazette in a potential player-plus-cash deal this summer, a report from Calciomercato claims.

Wolverhampton Wanderers have set an asking price of around £72.5m for Raul Jimenez amid the reported interest from Arsenal and Manchester United.

Arsenal to compete with Wolves for Italian defender

Arsenal could reportedly go head-to-head with Wolverhampton Wanderers in the race to sign Juventus defender Daniele Rugani this summer.

Arsenal could reportedly sanction the sale of Shkodran Mustafi this month, given the German has fallen out-of-favour this season.

Arsenal manager Mikel Arteta is unlikely to be backed with transfer funds for January after the club's spending spree over the summer.

Arsenal are still said to hold an interest in signing Daniele Rugani, who has struggled for playing time at Juventus this season.

Juventus to move for Liverpool star before deadline

Juventus are reported to be eyeing a late move for Liverpool defender Dejan Lovren following a long-term injury to Giorgio Chiellini.

Man Utd defender Chris Smalling looks set to make a surprise loan move to join AS Roma in Serie A before the end of the transfer deadline on September 2nd. In a surprise move, Smalling will join on a year long loan deal to join the Roman club, who will also have the option to extend the deal on a permanent transfer.