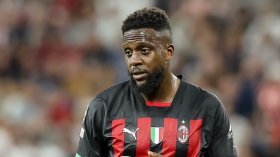 Liverpool manager Jurgen Klopp has provided a fresh update regarding the status of forward Roberto Firmino. Expected to play as a substitute this campaign, Firmino had been reportedly told that he could leave the club if a suitable offer is received.

Man Utd and Liverpool to move for Andrea Belotti

Both Liverpool and Man Utd are in the race to sign 28-year-old striker Andrea Belotti on a free transfer. The Italians triker, who played for Torino in Serie A last, had been expected to move to England last year but a deal had failed to materialise.

AC Milan have reached a pre-contract agreement with Divock Origi for a free transfer for the striker in the summer. The San Siro outfit are riding high in Serie A so far this campaign, and manager Stefano Pioli has snapped up one of the summer's top free transfer targets.

Liverpool striker wants to quit the club this summer

Liverpool striker Divock Origi has no plans of staying at the club beyond the current campaign, Fabrizio Romano claims.

Liverpool boss unsure over duo ahead of Carabao Cup final

Liverpool manager Jurgen Klopp is unsure over the fitness of Diogo Jota and Roberto Firmino ahead of the Carabao Cup final against Chelsea this weekend.

Liverpool are prepared to part ways with both Takumi Minamino and Divock Origi before the transfer deadline.