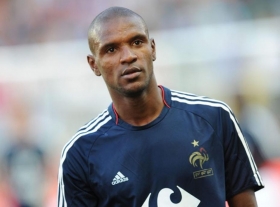 Manchester United are likely to miss out on Inter striker Lauro Martinez as he prefers a move to Barcelona, reveals Daily Mail.

Manchester City believe they can sign Barcelona ace Lionel Messi once he decides to call time on his La Liga career, Goal.com reveals.

Barcelona sporting director Eric Abidal has confirmed that the club are looking into a possible deal for Pierre-Emerick Aubameyang during this summer's transfer window.

According to Sky Sports, Everton have turned down an offer worth £85m from Barcelona for Richarlison.

Barcelona meet Serie A club for the transfer of Todibo

According to Mundo Deportivo, Barcelona are planning to sell Jean-Clair Todibo as they have held talks with AC Milan over a possible transfer move.

Barcelona director of football Eric Abidal has hinted that the club could make a move for striker Lautaro Martinez in the coming months. The Nou Camp giants are weighing up a 80 million euro transfer move for the Inter Milan attacker.