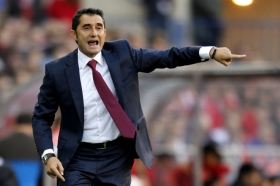 How Philippe Coutinho's dream move to Barca turned sour – and what sort of player Aston Villa are signing
Ernesto Valverde’s side eliminated on away goals. Coutinho had played for Liverpool in the competition earlier in the season and so was cup
07/01 15:28

Atletico Madrid have reportedly made contact with Ivan Rakitic over a  possible summer move, according to the Spanish outlet AS.

Barcelona midfielder Ivan Rakitic has confessed that he was close to leaving Camp Nou in January, according to Sport.

Barcelona are still keen on offloading the out-of-favour midfielder Ivan Rakitic in the January transfer window, reports the Daily Mail.

Juventus want Rakitic in swap deal with Barcelona for Bernardeschi

Juventus are looking to bring in January reinforcements and according to La Repubblica, sporting director Fabio Paratici has given a clear indication of who he would like to add to Maurizio Sarri’s squad.