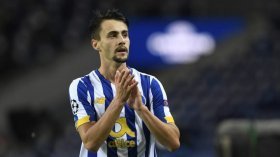 Arsenal may not make any more signings

Arsenal may not make any more signings before the transfer window closes, according to The Sun.

Arsenal manager Mikel Arteta has hinted that the club have not concluded their transfer business for the summer.

Arsenal have the opportunity to sign Leicester City midfielder Youri Tielemans on a cut-price deal.

Arsenal have received a double injury boost ahead of their Premier League meeting against Leicester City this weekend.

Arsenal make another offer for Tielemans

According to journalist David Ornstein, the Gunners have made a final offer for Youri Tielemans. Arsenal are looking to sign further midfield reinforcements despite a busy summer.

Leicester City midfielder James Maddison would prefer a move to Arsenal or Tottenham Hotspur this summer.

Arsenal manager Mikel Arteta has acknowledged that the club are looking for more signings before the transfer deadline on September 1.

Mikel Arteta reveals when Fabio Vieira will train with Arsenal

Arsenal manager Mikel Arteta has said that new signing Fabio Vieira should be able to start training next week.

Exclusive: Nicolas Pepe is set to depart Arsenal this summer, with Leeds United his likely next destination. The Ivory Coast forward has struggled at the Emirates since a club record transfer from French side Lille, and Pepe is looking to make a move elsewhere to kickstart his struggling Premier League career.