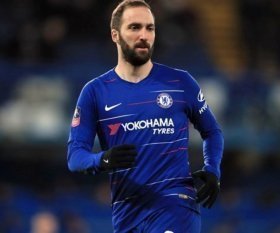 Arsenal have been offered the chance to sign Juventus winger Federico Bernardeschi in a part-exchange deal for Alexandre Lacazette this summer.

Serie A giants Juventus have reportedly made initial enquiries over the situation of Arsenal forward Pierre-Emerick Aubameyang ahead of a possible summer move.

Juventus have reportedly identified Gabriel Jesus as the prime target to strengthen the centre-forward department in the summer.

Serie A holders Juventus are reportedly planning an attempt to sign Gabriel Jesus from Manchester City when the transfer window reopens in the summer.

Croatian star to train with Manchester United from December?

Juventus striker Mario Mandzukic could reportedly begin training with Manchester United next month ahead of his permanent move at the turn of the year.

Chelsea manager Frank Lampard has revealed that he is prepared to assess the position of Olivier Giroud when the transfer window reopens at the turn of the year.

French striker Olivier Giroud has acknowledged that he does not have the ideal situation at Chelsea after falling behind Tammy Abraham in the pecking order for the striker's role.