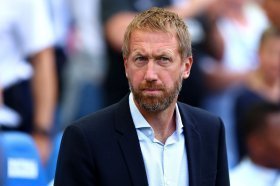 Chelsea have confirmed that defender Trevoh Chalobah has put pen-to-paper on a new long-term contract under June 2028.

Chelsea have decided against signing Denis Zakaria on a permanent basis next summer, according to Standard Sport.

AC Milan are planning a fresh attempt to sign Hakim Ziyech from Chelsea after the long-term injury for Alexis Saelemaekers.

Chelsea have no plans of revisiting their interest in signing former Manchester United striker Cristiano Ronaldo.

Chelsea attacker Hakim Ziyech is reportedly preparing to leave the club when the transfer window reopens in January.

Chelsea manager Graham Potter is not enthused by the prospect of signing Manchester United striker Cristiano Ronaldo in January.