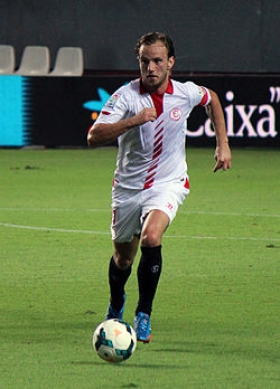 Two of Europe’s top Champions League clubs take each other on this week in a crucial battle between Barcelona of La Liga and Bayern Munich of the Bundesliga. The German side, who have won their domestic championship, have hit top gear as the run in to the end of the season comes around whilst Barcelona will be hoping for redemption having lost their domestic league title to bitter rivals Real Madrid.

Arsenal boss Mikel Arteta is understood to have made contact with Barcelona midfielder Ivan Rakitic regarding a possible summer move.

Tottenham Hotspur have reportedly joined the likes of Sevilla and Atletico Madrid in the race to sign Ivan Rakitic from Barcelona this summer.

Barcelona could reportedly make a surprise approach to sign Tanguy Ndombele from Tottenham Hotspur when the transfer window reopens.

Barcelona ace Ivan Rakitic open to playing in Serie A

Barcelona star Ivan Rakitic has said that he welcomes the opportunity to play alongside Juventus star Cristiano Ronaldo.

Atletico Madrid have reportedly made contact with Ivan Rakitic over a  possible summer move, according to the Spanish outlet AS.

Barcelona midfielder Ivan Rakitic has confessed that he was close to leaving Camp Nou in January, according to Sport.