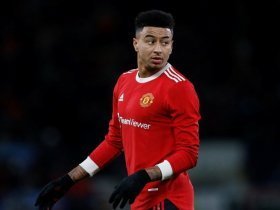 In focus: Jesse Lingard and fellow Warrington pro footballers
... , who, after spending most of his career at Manchester United, left for a free transfer to Premier League newcomers, Nottingham Forest. The ...
29/11 06:00

Emmanuel Dennis has agreed a contract with Nottingham Forest and will join from Watford in a deal worth £20 million. The Nigerian international forward has decided that he wants Premier League football and a move to Forest proved too difficult to turn down.

29-year-old midfielder Jesse Lingard has praised Nottingham Forest's owners for their efforts in their pursuit of his services. The former Man Utd man has admitted that he had offers from abroad but chose to join Forest after he "fell in love" with the club's directors.

Nottingham Forest are set to shock West Ham as the City Ground side are set to seal a move for Jesse Lingard on a free transfer. Lingard, who was released by Man Utd after his contract expired in July, had been expected to return to the London Stadium once more, after an impressive loan spell at the club two season ago.

Jesse Lingard's return to West Ham looks closer to completion, after representatives of the midfielder were pictured meeting with the club. Lingard, who is available on a free after his contract with Man Utd expired, is ready to return to the Hammers after 12 months; Lingard had scored 9 goals and registered five assists during an impressive loan spell two seasons ago.