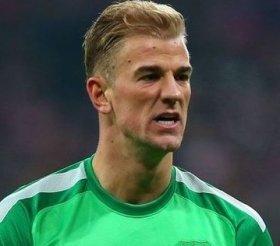 Celtic news: This is when Joe Hart could quit after what expert has seen

Tottenham Hotspur are reportedly close to beating Manchester United in the race to sign Sergio Reguilon from Real Madrid.

Which Teams can Rival Liverpool and Manchester City for the Premier League Title in 2020-2021?

The forthcoming season of 2020-21 is going to be a fascinating one. While COVID-19 is still making its presence felt, there's the prospect of reduced capacity crowds and no singing or chanting. It's already an unusual season, but the current champions Liverpool and their nearest rivals, Manchester City, are still predicted to be the most dominant teams. Yet there could be some interesting challenges ahead from unexpected quarters as the other eighteen teams line up to make their own determined bids for the Premiership title.

Arsenal have reportedly opened negotiations with Barcelona over a possible loan deal for goalkeeper Neto.

Manchester United boss Jose Mourinho has backed midfielder Paul Pogba to take his side's next penalty if he wants.

Burnley have completed a transfer of striker Matej Vydra from Championship side Derby County. The forward has arrived at Turf Moor in a deal worth a reported £5 million and has signed on the dotted line for a three-year contract with the Clarets.

Burnley have completed the £3.5m transfer of Manchester City goalkeeper Joe Hart, according to Sky Sports. The player has agreed a two-year deal with an option to increase it by an additional year.