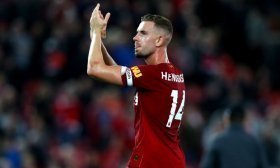 Virgil van Dijk praise, Joel Matip appreciation and Jordan Henderson admiration – Everything Jude Bellingham has said about Liverpool ahead of potential summer transfer
. While Manchester City , Manchester United and Chelsea are also desperate to snap up the former Birmingham star. However, with Liverpool ...
28/01 13:30

Moises Caicedo will have a big decision to make before the end of the January transfer window, as Premier League giants Chelsea and Liverpool both hope to wrap up a deal for the defensive midfielder. Brighton and Hove Albion appear to be ready to let Caicedo leave the club, in a deal that is likely to be worth close to £55 million.

Liverpool have been in contact with Serie A side Fiorentina regarding a move for 26-year-old midfielder Sofyan Amrabat. Liverpool boss Jurgen Klopp has made the Morocco international his primary transfer target for January, and is hopeful that a 25 million euro move can be completed before the end of the month.

Liverpool have been handed a big injury boost ahead of their Premier League encounter against Brighton & Hove Albion this weekend.

Arthur Melo will swap Juventus for Liverpool this season, after the Anfield giants managed to get a deal over the line for a loan transfer deal on deadline day. An injury sustained to captain Jordan Henderson meant that the club had to move swiftly to sign a replacement, and have opted for the Brazilian defensive midfielder.