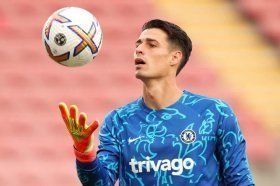 Chelsea have opened the door to sell goalkeeper Edouard Mendy during next summer's transfer window, according to Foot Mercato.

Chelsea are reportedly planning to sign a world-class goalkeeper during next summer's transfer window.