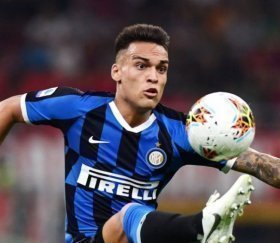 Manchester United 'identify Lautaro Martinez as Cristiano Ronaldo replacement'
Martinez a huge deal in a bid to lure him to the club. Manchester City, Barcelona and Paris Saint-Germain are also among the clubs believed ...
24/11 13:24

Manchester United are reportedly in contact with the agent of Lautaro Martinez regarding a future transfer.

Premier League titans Chelsea and Manchester United are to do battle to sign Celtic defender Josip Juranovic before the transfer window closes, with a reported fee of £25 million suggested for the player's services. Celtic are holding out for more money, but a deal is likely to be agreed shortly.

Romelu Lukaku's situation at Chelsea seems to be very complicated as the Blues are open to swap the Belgian for one of three Inter Milan players.

Arsenal are likely to make at least two big-name signings this summer, according to ESPN.

Arsenal are set to compete with Newcastle United in the pursuit of Reims forward Hugo Ekitike, Chronicle Live claims.

Arsenal will need to pay around €80m to land Inter Milan striker Lautaro Martinez during the next transfer window.

Arsenal have decided against pursuing the services of Everton striker Dominic Calvert-Lewin, according to Football Insider.