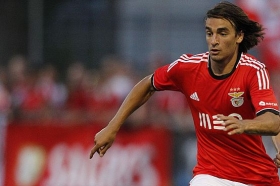 Lazar Markovic cost Liverpool a lot more than £20m and taught FSG valuable lesson
on Arsenal instead of Liverpool. So, instead, Rodgers attempted to spread his budget around as a total of nine arrived in...
15/07 02:00

Liverpool are reportedly trying their best to sanction the sale of Lazar Markovic before the conclusion of the winter transfer window.

Serie A duo Genoa and Fiorentina are reportedly among the teams vying to acquire the signature of Lazar Markovic from Liverpool in the New Year.

Liverpool manager Jurgen Klopp has acknowledged that there will be potential exits from Anfield despite the Reds no longer being able to spend in the transfer market.

Serbian winger Lazar Markovic has been picked in Liverpool's 25-man Premier League squad. The attacker was expected to leave Merseyside during the summer transfer window, but a deal failed to materialise.

Serie A club Fiorentina have failed with a transfer approach to sign Liverpool outcast Lazar Markovic. The Serbia international impressed during his loan stint with Hull City in the second half of last season.

Liverpool attacker Lazar Markovic has been linked with a transfer to Premier League rivals Watford. Markovic has struggled for first team football at Anfield and is seeking a move elsewhere.

Lazar Markovic, who has struggled to break into the Liverpool squad since his move from Benfica, is a target for fellow Premier League side Watford.

Liverpool attacker Lazar Markovic could seal a temporary deal to Hull City after he returned from his loan stint at Sporting.

Liverpool winger Lazar Markovic will spent the rest of 2016/17 campaign on loan with Sporting Clube de Portugal. The Serbian was not in the plans of Jurgen Klopp this term.

AC Milan are looking at a possible loan deal for Liverpool outcast Lazar Markovic. The Serbian is not in the plans of Jurgen Klopp this season.

Liverpool to cash in on Lazar Markovic

Liverpool will reportedly listen to offers for Lazar Markovic this summer. The 22-year-old joined the Reds from Portuguese side Benfica in the summer of 2014.

Newly appointed Liverpool manager Jurgen Klopp is considered the prospect of recalling winger Lazar Markovic from his loan spell at Fenerbahce in January.

Liverpool winger Lazar Markovic has agreed to join Turkish side Fenerbahce on a season-long loan deal.

Tottenham Hotspur have rebuffed the opportunity to sign Dnipro star Yevhen Konoplyanka on a free transfer, according to reports.

Benfica are believed to be interested in bringing Portuguese international winger Nani back home. The Manchester United midfielder is apparently available for transfer.

Liverpool are reportedly open to making a bid for Barcelona midfielder Alex Song this summer, according to a report.