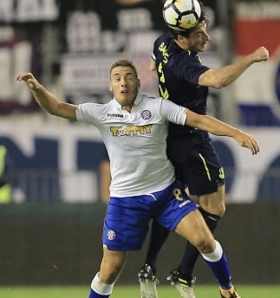 Everton have made a bid of a little over £22m for Barcelona defender Lucas Digne, according to Mirror Football.

Everton are reported to have ended their interest in signing Jamaal Lascelles from Newcastle United during the ongoing transfer window.

Everton are reportedly planning an attempt to sign Danny Rose from Tottenham Hotspur during this summer's transfer window.

Everton are reportedly weighing up an attempt to sign Luke Shaw, who has seemingly fallen out-of-favour under Manchester United manager Jose Mourinho.

Everton could make a summer transfer move for Bournemouth FC's left-back Charlie Daniels. It is understood that the Toffees are weighing up a transfer bid for the player who could act as a long term replacement for Leighton Baines, who is rumoured to be headed for the Goodison Park exit door in June.

Everton defender Leighton Baines is a surprise target for Valencia. The La Liga side are flying high this season and have been monitoring the situation of Baines, who has yet to have signed a new deal at Goodison Park.

Everton have confirmed that Sam Allardyce will become their new head coach once he finalises terms over a long-term contract this afternoon.