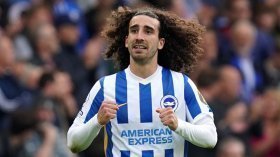 Chelsea to swoop for Alejandro Balde?

Chelsea are being linked with a surprise move for Barcelona graduate Alejandro Balde, as per Fichajes.

Chelsea will be aiming to return to winning ways when they host Red Salzburg in the Champions League tonight.

Chelsea will look to bolster their squad with another midfielder when the transfer window reopens in January.

Chelsea have decided to keep Trevoh Chalobah in the first-team squad despite the impending arrival of Wesley Fofana.

Pervis Estupinan has arrived on the South Coast having completed a transfer worth a reported £16 million from Villarreal. Having made 53 appearances for the Spanish side under Unai Emery, Estupinan has now opted to return to England, where he previously had a short stint with Premier League side Watford.

Leicester City defender Wesley Fofana is determined to make the move to Chelsea before the transfer deadline.