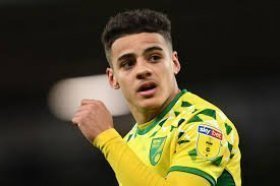 Everton can replace Coleman with Aarons
appearances this season. Should Everton sign Max Aarons? Yes Vote No Vote Ultimately, with the chances of Everton staying in the top-
12/05 12:42

Arsenal remain optimistic about their chances of landing Kieran Trippier from Atletico Madrid this month.

Arsenal yet to receive any offers for wantaway star

Arsenal have yet to receive any official bids for Hector Bellerin this summer, The Telegraph reports.

Manchester United are expected to end their interest in signing Kieran Trippier from Atletico Madrid.

West Ham United are prepared to compete with Arsenal for the signing of Norwich City defender Max Aarons.

Everton could go head-to-head with Manchester United in the race to sign Max Aarons from Norwich City this summer.

Arsenal will need to pay at least £30m in order to sign Norwich City defender Max Aarons this summer.

Arsenal defender could be set for Barcelona move

Arsenal defender Hector Bellerin could make the move to Barcelona this summer after Joan Laporta was elected as the club president.

Arsenal have reportedly stalled their pursuit of Tariq Lamptey with the Brighton & Hove Albion defender set to undergo a surgery.

Manchester United may cool their interest in Max Aarons after learning of the asking price set by Norwich City.

Arsenal defender has agreement to leave this summer

Arsenal defender Hector Bellerin reportedly has an agreement with manager Mikel Arteta to leave the club during the summer transfer window.

Arsenal have identified a couple of players, who could replace Hector Bellerin during the next transfer window.

Norwich City are reluctant to sell Max Aarons for anything less than £30m during this summer's transfer window.

Five Premier League Prospects That Will Attract Attention This Summer