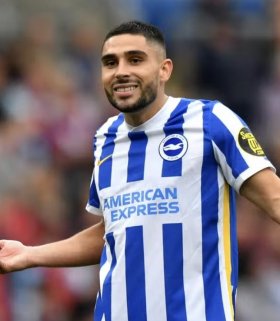 Nottingham Forest have agreed a fee with Brighton and Hove Albion to sign striker Neal Maupay. The French forward, who has just one year remaining on the South Coast, will sign a three year deal with the newly promoted Premier League side and will be available for the club's game against Everton next weekend.

Arsenal are prepared to trigger an extension clause in the contract of midfielder Matteo Guendouzi, L'Equipe claims.

Arsenal are prepared to sanction the permanent departure of Matteo Guendouzi during the forthcoming transfer window.

Hertha Berlin are looking at the prospect of signing Matteo Guendouzi on a permanent basis from Arsenal.