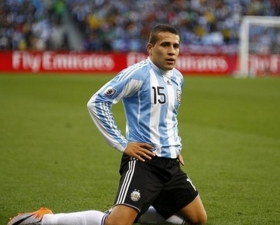 Spurs: Mourinho will regret not signing Ruben Dias
One in the summer. Later that month, Dias signed for Premier League rivals Manchester City in a £65m deal which saw Nicolas Otamendi sent
19/01 17:35

Arsenal could reportedly retain their interest in signing Manchester City defender John Stones prior to the summer transfer window.

Manchester City reportedly have no ambition of parting ways with defender John Stones amid the reported interest from Premier League rivals Arsenal.

Manchester United are reportedly closing on the signing of defender Harry Maguire from Leicester City after agreeing on a £80m fee with the east Midlands outfit.

Manchester United could reportedly face direct competition from Manchester City in the race to sign Harry Maguire from Leicester City this summer.

Manchester City will be aiming to make strides towards the quarter-finals of the Champions League when they take on Basel at St Jakob Park in the round of 16 first-leg. The Swiss champions have possessed an impressive record against English sides with four wins in their previous five home outings, but they can expect a stiffer challenge versus the Premier League leaders.