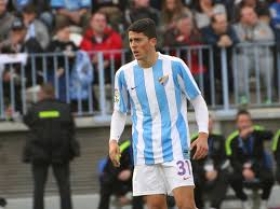 Premier League: West Ham United vs Leeds United Player Ratings as Harrison’s hattrick helps Leeds to win 3-2 at London Stadium
Pablo Fornals (7.4/10): Pablo Fornals had one of the best Premier League games. He had a goal to his name in the first half and maintained
16/01 16:00

Leicester City are reportedly said to hold an interest in acquiring the signature of Arsenal midfielder Mohamed Elneny when the transfer window reopens.

Arsenal boss Unai Emery has reportedly earmarked Villareal's Pablo Fornals as a probable option to reinforce the midfield when the transfer window reopens.

Arsenal are reportedly considering the sale of midfielder Mohamed Elneny in January with manager Unai Emery seeking to recoup funds to pursue a new recruit.

Sunderland and West Brom are both in the market to sign Malaga youngster Pablo Fornals. The attacking midfielder made his first international appearance for Spain last year and has been impressive for Malaga in recent months.