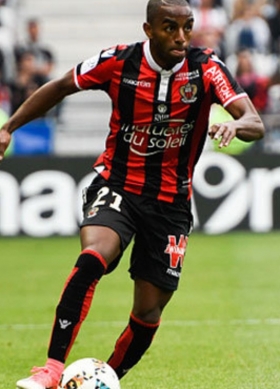 Leicester City are said to have reached an agreement to sign Jonny Evans from West Bromwich Albion in the current transfer window. Arsenal and Manchester City have been linked with the experienced centre-back in the past.

Juventus are to make a move for Ricardo Pereira from Porto this week, with the impressive full-back to seal a 15 million euro transfer to the Serie A giants. Having spent two seasons on loan in France with Nice, Pereira has caught the eye of some of Europe's top clubs.

Everton set to compete with Arsenal and Tottenham for Jean Seri

Everton are ready to compete with London rivals Arsenal and Tottenham for the signature of Nice midfielder Jean Seri as a deal for Swansea's Gylfi Sigurdsson looks set to fall through.

Dalbert is reportedly close to joining the Italian giants after spending most of his pre-season on the bench.

Nice's manager put an end to rumours linking Seri to Arsenal after he confirmed that the midfielder is not for sale this summer.

Manchester City have reportedly begun talks with Tottenham Hotspur over the potential signing of right-back Kyle Walker during the summer transfer window.