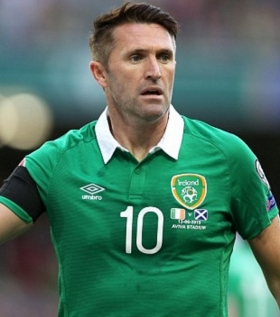 Former Manchester United striker Dimitar Berbatov is reportedly on the cusp of joining Indian Super League club Kerala Blasters. The Bulgarian footballer has been a free agent since his release from Greek club PAOK at the end of the 2015/16 season.

Former Tottenham Hotspur and Liverpool striker Robbie Keane is interested in a  return to England and in particular Birmingham City, which would see him reunite with one of his former managers, Harry Redknapp.

Birmingham City boss Harry Redknapp is reportedly eyeing a reunion with Robbie Keane, who is a free agent after his release from LA Galaxy in December last year.

Former Manchester United striker Javier Hernandez will reportedly be offered the chance to MLS side Los Angeles Galaxy at the end of the season.

Sunderland manager David Moyes may turn his attention to two former Premier League players, to try and lift his side off of the bottom of the English Premier League.

Burnley manager Sean Dyche is to make a shock transfer move for LA Galaxy man Robbie Keane. The Clarets want to sign experienced players and have made a surprise enquiry for the striker.

Queens Park Rangers' manager Harry Redknapp is considering a move for Major League Soccer champion Robbie Keane in the January transfer window. QPR are hoping to agree a loan deal for the Irishman.

Former Premier League midfielder Yossi Benayoun has revealed that he could join the likes Thierry Henry and Robbie Keane in the MLS in the upcoming season.

Aston Villa have been unable to extend the loan spell of Ireland international striker Robbie Keane, despite ongoing talks between the Villains and the LA Galaxy. Keane will return to the MLS on February 25th.

Aston Villa manager Alex McLeish praised the performance of on loan Los Angeles Galaxy striker Robbie Keane against Wolves yesterday, and the Scotsman hopes the Irish international can continue to produce the goods for the remainder of his two month loan.

Everton manager has praised on loan midfielder Landon Donovan for the instant impact he has had since arriving from LA Galaxy on a two month loan.

Robbie Keane has completed his loan move from LA Galaxy to Aston Villa for two months. The Ireland international has put pen to paper on a temporary move to Villa Park after training with the team for the last 3 weeks.

Robbie Keane will today complete a two month loan move from LA Galaxy to Aston Villa. The Irish international striker will spend time on loan at Villa Park as a temporary forward for Alex McLeish.

Aston Villa could follow the example of Everton and Arsenal's pursuit of Thierry Henry and Landon Donovan on loan; as the Villains are reportedly keen on a move for LA Galaxy striker Robbie Keane.

Tottenham Hotspurs have been linked with a January move for wantaway Chelsea striker Nicolas Anelka.

Bellamy to choose Tottenham over Liverpool?

Craig Bellamy may turn his back on a move to Liverpool and join Tottenham instead. Spurs have apparently made an inquiry to Bellamy's representatives about the Welshman's availability.

Robbie Keane yesterday completed his 3m GBP move from Tottenham to LA Galaxy, and took the time out to explain exactly why he decided to move to the USA.

Keane swaps Tottenham for the USA

Robbie Keane looks set to link up with David Beckham at LA Galaxy. The much travelled Irish striker will agree a move on Monday afternoon to the USA.