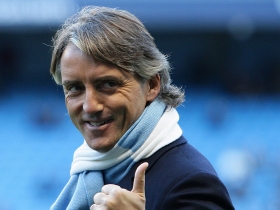 Ex-Arsenal, Liverpool and Celtic hero tipped to do 'really, really well' at Wigan Athletic - by old Leicester City mentor Rodgers
... and nous picked up from Rodgers - as well as the likes of Arsene Wenger and Roberto Mancini - to help Latics move up the Championship table.
05/12 18:03

Chelsea are reportedly demanding around €20m for Emerson Palmieri amid the high-profile interest from Serie A clubs.

Emerson speaks on his Chelsea future

Italian defender Emerson has said that he will look for a fresh challenge away from Chelsea when the transfer window reopens in January.

Chelsea left-back Emerson has acknowledged that he is discontent with the lack of playing time under manager Frank Lampard this term.

Italian sports journal Corriere dello Sport writes that Juventus are in pole-position to land highly-rated Italian international midfielder Sandro Tonali. The 21-year-old, who was nurtured in the youth ranks at Brescia, is starting to fulfil his huge potential with the Rondinelle this term, and a summer move to one of Italy’s heavyweight clubs has always looked like the inevitable outcome.

Chelsea have reportedly received a positive injury update on defender Emerson ahead of the Premier League clash against Wolverhampton Wanderers this weekend.