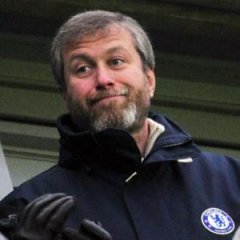 Chelsea manager Thomas Tuchel has said that the club need to act quickly if they are to make the right signings this summer.

Chelsea are best placed to sign Sevilla defender Jules Kounde this summer, according to Mundo Deportivo.

Chelsea are keen on finalising a transfer agreement for Jules Kounde as soon as their ongoing takeover is complete.

Chelsea manager Thomas Tuchel has confirmed that Andreas Christensen will be leaving the club when his contract expires on June 30.

Chelsea have reportedly agreed personal terms with Inter Milan star Ivan Perisic ahead of a free transfer this summer.

Manchester United and Chelsea are set to compete for the signature of Villarreal defender Pau Torres this summer.

Chelsea are reportedly keen on negotiating a new long-term contract with Mason Mount.

Chelsea defender Marcos Alonso has his sights on returning to Spain with Barcelona this summer, reputed journalist Fabrizio Romano reports.

Chelsea are set to compete with the likes of Arsenal and Manchester United in the race to sign Youri Tielemans this summer.

Chelsea have deal in place for 23-year-old defender?