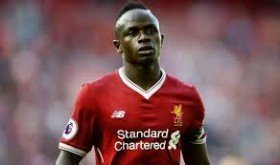 Arsenal and Liverpool to move for Real Madrid star?

Arsenal and Liverpool could compete for the services of Real Madrid star Marco Asensio during the January transfer window.

Matthijs de Ligt appeared in more than 80 games for Juventus, scoring 8 goals, and now makes the move to the Bundesliga where he will link up with new arrival Sadio Mane at the Bavarian side.

Chelsea and Arsenal target Serge Gnabry will not be moving back to England this summer, after the German international finally agreed on a new contract with Bayern Munich. Gnabry will sign a three year extension to his current deal, worth a reported 240,000 euros per week.

Liverpool manager Jurgen Klopp has shrugged off suggestions that the club overpaid for striker Darwin Nunez during this summer football transfer window. Reports suggested that Uruguayan forward Nunez would be the most expensive player in the club's history, but Klopp dismissed these claims as inaccurate.